Bill Peterson (born in 1952 in Stamford, England) first took to the airwaves at the age of 17, as teen disc jockey on the Canadian Forces Network station CFN Lahr, in Germany's Black Forest, where his father was stationed with the Royal Canadian Air Force.

After university in Montreal, and several years working with CBC Radio, Bill went back to Germany in 1977 as manager of CFNS, the Canadian Forces Network station near Baden-Baden, and subsequently came "home" to CFN's network centre at Lahr.

In 1985, Bill left CFN to return to freelance journalism. He wrote numerous newspaper and magazine articles, produced and directed TV features and documentaries, and voiced corporate and industrial films.

Moving to Berlin in 1987, after a brief stint as a "TV Production Specialist" at AFN Berlin, Bill produced reports for local TV stations and directed English versioning of documentaries. In 1992 he joined DW-TV at its inception and has worked there as voice-over announcer and program producer ever since.

Among other activities, Bill wrote and voiced a corporate radio newscast for software giant SAP for several years, produced studies for the Canadian government, and edited a monthly study-guide for a US language-learning company. He has written, adapted and voiced dozens of documentaries, industrial films, corporate videos, and radio and TV commercials. 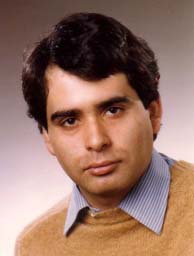